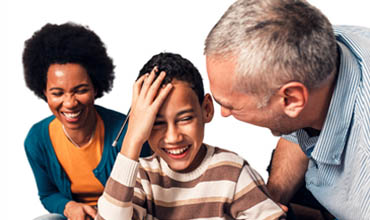 I had a conversation with a former student the other day that reminded me what “Being Test Savvy” is all about.  People often ask what “test-savvy” means and my discussion with KD is a perfect example.

KD attends Princeton and helps teach our Zoom-based ACT/SAT course.  I was watching him do a math lesson with our students when he started showing students how to use the units in the mathematical information of word problems but not the numbers.  He was showing them how to use the units to be sure a problem is set up correctly and to check their work.  It also is a clever way to actually do word problems and avoid using numbers.  That makes some problems much easier for many students.

As he began explaining it to the students, he felt it was a little complicated and stopped himself, thinking students may not get it and it was a little off track from what we were doing.  I interrupted him and told him to continue.  “Using the units” is a wonderfully effective math test-taking technique that I always teach a little later in the program.  He went on to explain it and the students picked up on the strategy quite easily.

A simple example of using the units would be to calculate the total distance someone has driven in a car.  Clearly, the answer must be expressed in miles.  The rate is expressed in miles per hour and the total time in hours.  So, it would be set up as  mileshour×hours.  When you multiply, the “hours” cancel one another which leaves “miles.”  You obviously set up the problem correctly because the “units” came out in “miles” which is what you needed.  With a little practice, the strategy can be applied to much more complicated calculations that are required by the tests such as trigonometry functions.

I was caught off guard watching him teach that strategy because he had not studied for the SAT math test with me.  He already had an 800 on the math when he started working with me, so he only prepared for the SAT Reading section using my program.  After class I spoke with him about his use of the “use the units” strategy because I knew he had not learned it from me.

While I had always recognized KD was a savvy test taker, we had never talked about his special insight into taking math tests.  During our discussion after class, I asked about his “use the units” strategy.  I was particularly interested in where he had learned it.  It was no surprise to me when he said nobody had ever taught it to him.  He explained how he started using it in middle school and found it especially useful in science classes although he started using it in a math course because “It just made sense.”  The strategy was how he always checked his work.  He said when the units came out right, he knew he had setup and done the problem correctly.

As we were talking, I told him that this strategy was part of my approach to teaching students how to do math word problems.  He was interested in hearing how few students had ever thought about or used this effective technique.  Then I spoke about it as a perfect example of something that test-savvy students do intuitively and don’t realize most people don’t ever come up with strategy and, worse yet, are rarely taught about it in school.  The beauty of using the units is that it can easily be taught and learned by students.  After some practice, test takers can readily incorporate it into their game plan for taking standardized math tests, thereby improving their performance.  In addition, having another trick at their disposal raises their confidence which also contributes to score improvement.

So, who is “test savvy?”  They are people who use multiple intuitive standardized reading and math test-taking strategies that are commonly unknown by the majority of students.  Often these savvy students “overperform” on tests when comparing their standardized test scores with their class performance.  The “test naïve” are the students who underperform because they lack these special insights.  Indeed, the test naïve sometimes are better students in the classroom but just “don’t test well.”  When I’ve talked to test savvy individuals, I often hear, “I thought everyone knew this” or like KD, “It just makes sense.”  The wonderful thing about test-savvy strategies is that they can be identified, learned, and practiced by students who are test-naïve at the outset.  Doing so, gives them a sense of power and new abilities on test day resulting, on average, in much improved test scores.

As you follow my blog, you’ll be learning more about how test-savvy test takers think and many other issues related to standardized tests.  If you want to begin teaching your child or students how to become test-savvy, take a look at my new book, “Becoming Test-Savvy.”

Please share my blog with your friends and, as always, I look forward to your comments, experiences, and questions. 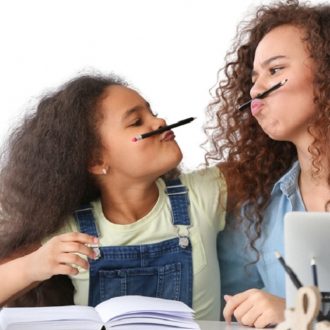 Why Am I Bad at Taking Tests?

Whether you’re a parent or a student, you may be troubled by the gap between performance in the classroom and on stan

Free access to Activity Sheets and communication with Bob and Sharon.