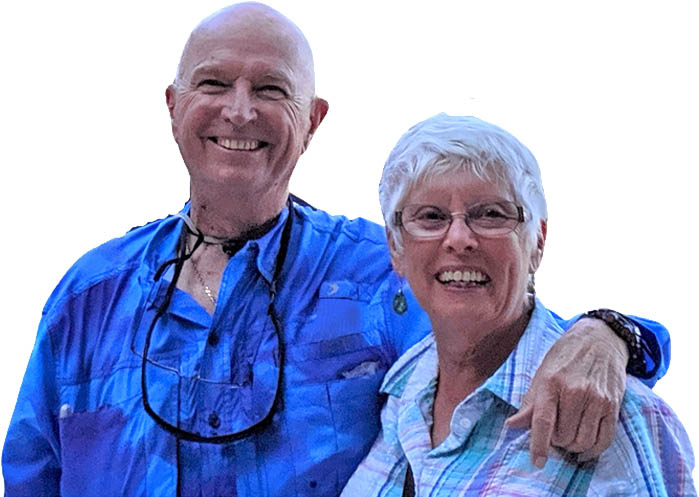 Bob Alexander
With a bachelor’s degree in biology and a master’s degree in teaching, Bob began his professional career teaching at the high school level.  With additional postgraduate work in curriculum design and evaluation, he developed a nationally recognized consumer education curriculum for students in grades K-12.  Working at the national level, he helped formulate education policy on behalf of state boards of education and for governors.  A major change in focus occurred when he took a job for the largest test preparation company in the U.S.  After directing test prep centers, Bob started his own business in 1995, to consult with schools regarding the preparation of students for standardized tests.  After over a dozen books, hundreds of workshops, and tens of thousands of students later, he has added a new audience—parents and their children.

Sharon Alexander
Sharon began her career as an English teacher and then became a school counselor, working with students in grades K-12. She earned her Ph.D. at Florida State University in Family Relations. For several years she worked at the national level on issues of adolescent pregnancy and sex education and then for the national association for counselors. As an administrator at the school district level, she worked in the Safe and Drug-Free Schools program. In 1997, she returned to the school level where she worked as an elementary through high school counselor. Then she developed and ran the “Reach for the Stars” program for the Osceola County School District, helping high-performing high school students reach for and be accepted by selective colleges and universities throughout the United States. During her career, she conducted research and published articles on child and family issues.

Together we offer teacher and parent programs in person and via the Internet.  Our most popular topics include: “Standardized Tests: Leveling the Playing Field,” and “College Admissions and the SAT/ACT Tests.”

Free access to Activity Sheets and communication with Bob and Sharon.